In a new interview with Collider, Ian McKellen discusses his role as Cogsworth in Beauty and the Beast, including one of the film's final scenes. 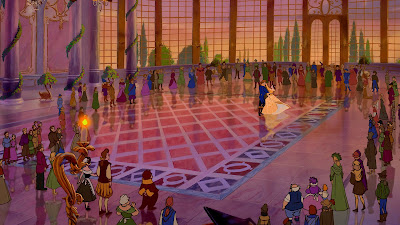 Speaking of Bill and also fantasy, you are working with him again in Beauty And The Beast, I wanted to ask, are you doing motion capture for that? Because you’re playing a clock…


McKELLEN: Unfortunately not, no. They’re using a variety of techniques, but the Cogsworth Clock, that has all been choreographed without me. I’ve added my voice to the picture, and the other way around, and then there is a big scene at the end where everybody comes back to life, and the prince is restored and I go back to being the majordomo and my wife appears and we dance together. So that was my big contribution to the film: being in the big dance scene. So, no. I wanted to be the clock, but I couldn’t. But my voice will be heard! And my face will eventually be seen!

It looks like the live-action feature will end in a similar fashion to the animated film, but I am very curious about McKellen's mention of Cogsworth's wife. Who could it be?

Ian McKellen also spoke with SFGate about his experience on set and working with Bill Condon for the first time since 1998's Gods and Monsters.


“We’re friends and we had a success a long time ago with ‘Gods and Monsters’ and we’ve stayed friends since then,” he says of Condon. “We’d always hoped to do another film together, and this one fit the bill. Everyone’s different, but I particularly like the mood on his sets. I just did three or four days on his Disney film of ‘Beauty and the Beast’ and it was the same way. There were 150 people on that set the day I was there, but it was very relaxed, and that all comes from the director.”

McKellen appeared on Live! with Kelly and Michael earlier this week to promote Mr. Holmes and also discussed his time on the set of Beauty and the Beast, mentioning fellow cast members Audra McDonald, Stanley Tucci, and Emma Watson (at the 23:54 mark).

UPDATE: The Live! video is no longer available.