'Beauty and the Beast' at the 64th Academy Awards 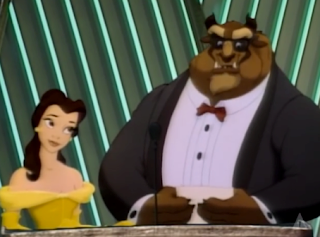 Belle, Beast, and Chip were also on hand to present the award for Best Animated Short.