The ballroom scene. "Be Our Guest." Beast giving Belle the library. Beauty and the Beast is filled with so many memorable and beloved scenes that it is sometimes difficult to decide what I am most excited to see brought to life in the live-action film (I want them all!). Paige O'Hara, the original voice of Belle, does not seem to have that problem as she revealed to Buzzfeed that she is particularly excited to see "Something There" in the new film. 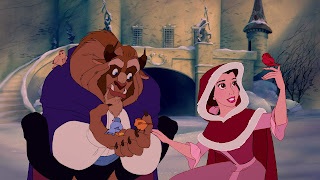 “In [the original] movie it was in the snow scene of ‘Something There’ that we made a specific choice that it hits Belle: She’s really falling in love with [the Beast]. I want to see Emma’s moment when she realizes she’s fallen in love. That will be so exciting.”

O'Hara also spoke highly of Emma Watson taking on the role of Belle.


“If I were producing the film, I would have cast her. I think she’s absolutely perfect for the role. She’s got the outward beauty, but she’s also got an inward beauty about her, and an old soul. Through mutual people we’ve sent messages, and I just basically was wishing her all the best and to have a wonderful time.”

Which scene from the animated classic are you looking forward to in the upcoming live-action film?