'Beauty and the Beast' 25th anniversary Blu-Ray coming this September 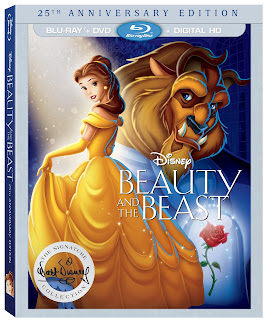 The 25th anniversary of Beauty and the Beast is quickly becoming a year-long event, with two anniversary screenings already behind us, and the celebration continues with the re-release of the animated classic on Blu-ray and DVD this September. The Oscar-winning film will be the second release in the Walt Disney Signature Collection (Snow White and the Seven Dwarfs was released earlier this year) and comes packed with four version of the film, new special features, and a sneak peek of the upcoming live-action film starring Emma Watson and Dan Stevens.

Yahoo! Movies debuted a new trailer for the upcoming release (Disney is really putting forth their A++ effort for Beauty and the Beast trailers this year) and a breakdown of special features. Check out the trailer and special features below. Beauty and the Beast will be available September 6th on Digital HD & Disney Movies Anywhere and September 20th on Blu-ray & DVD.

Discover how the composers are personally connected, how they first experienced “Beauty and the Beast” and how they find inspiration for their own films. And watch as they pay tribute to the film’s award-winning music score and the man who has inspired them all—Alan Menken.

#1074: Walt, Fairy Tales & Beauty and the Beast – Long before “Beauty and the Beast” became the instant classic we know and love, Walt Disney made two attempts—between the 1930s and 1950s—to adapt the famous fairy tale into an animated film. Discover what Walt and his team was dreaming up through Walt’s actual voice recordings, archived artwork, story notes, and learn why the project was sidelined for decades.

Always Belle – The original voice of Belle, Paige O’Hara, reminisces about earning the role of the beautiful bookworm in “Beauty and the Beast” and recalls how the iconic character changed her life and continues to inspire fans both young and old.

The Recording Sessions – Go in the recording booth with the cast of Beauty and the Beast and see what went into adding voices to the characters and the lines we know and love.
25 Fun Facts About Beauty and the Beast – Disney Channel’s Gus Kamp and Kayla Maisonet host this entertaining countdown featuring little-known fun facts, anecdotes and hidden Easter Eggs (references to Disney animated films and characters) from one of the most cherished animated films of all time.

“Beauty and The Beast” Sneak Peek – An exciting first look into the live-action re-telling of “Beauty and the Beast,” which refashions the classic characters from the tale as old as time for a contemporary audience, staying true to the original music while updating the score with several new songs.

DIGITAL HD* & DISNEY MOVIES ANYWHERE:
Classic Bonus Features – These offerings from prior home entertainment releases include over five hours of bonus material, such as an alternate version of “Be Our Guest” and the “Beauty and the Beast” music video performed by Celine Dion and Peabo Bryson, and deleted scenes.

The Disney Store is offering a set of four lithographs if you pre-order the Blu-ray by September 19th.

Digital HD available from Amazon and iTunes. You can also purchase a digital copy from Disney Movies Anywhere. 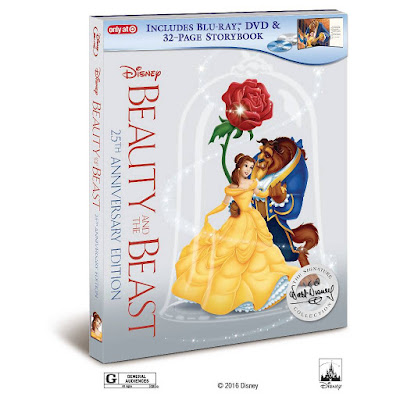