Emma Watson: "I have loved 'Beauty and the Beast' since I was about four years old." 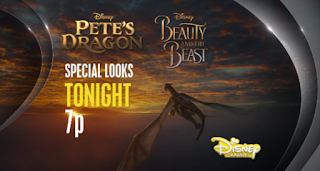 Tonight's premiere of Elena of Avalor on Disney Channel offered up more than a new Disney Princess; it also gave us a sneak peek at two of Disney's new live-action films. The hour-long premiere featured a clip from the upcoming remake of Pete's Dragon and the Beauty and the Beast teaser trailer, along with a new interview with star Emma Watson. Although the trailer did not feature any new footage, the short interview with Watson was only previously screened for D23 attendants last August.

In the clip, which can be viewed below, Watson discusses her love for the original animated film and what drew her to the character of Belle.


"I have loved Beauty and the Beast since I was about four years old. I just fell in love with Belle. She was this feisty young woman who spoke her mind, so to get to play Belle is just amazing."