In case you missed it, this year marks the 25th anniversary of Beauty and the Beast. While the film's actual anniversary is not until November, many of the festivities are taking place over the next two months. In addition to the upcoming Blu-ray/DVD re-release and the film's two week engagement at the El Capitan Theatre, Disney's D23 will also join in on the celebration. 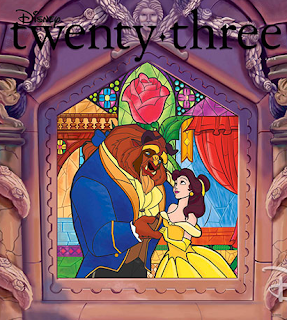 The next issue of Disney twenty-three, which is available exclusively to D23 Gold Members, will feature an look at the legacy of Beauty and the Beast, from screen to stage to Disney parks. The issue will also include interviews with the original voice cast, composer Alan Menken, and producer Don Hahn, as well as a peek at the upcoming live-action adaptation.


This year, Disney’s Beauty and the Beast—the first animated film ever to be nominated for an Academy Award® for Best Picture—celebrates its 25th anniversary, and Disney twenty-three is giving fans a spectacular look at the film from its inception to its timeless legacy. The issue features interviews with Paige O’Hara (Belle), Robby Benson (Beast), Angela Lansbury (Mrs. Potts), David Ogden Stiers (Cogsworth), Richard White (Gaston), composer Alan Menken, screenwriter Linda Woolverton, producer Don Hahn, and many more, as well as stories about how the film has been equally successful in Disney theme parks and on stage. Plus, readers will learn more about the live-action adaptation of the film, coming to theaters in 2017.

D23 also released details for the upcoming Fanniversary celebration, including a complementary screening of the film for Gold and General D23 members. The screening will be held at the El Capitan Theatre on Friday, September 2nd at 7pm. Gold members can begin making reservations on Monday, August 15th and general members on the 17th. Screening in additional cities will be announced in the coming days. 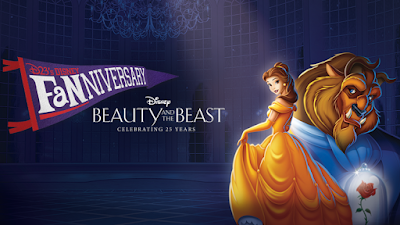 OVERVIEW- To kick off D23’s “Fanniversary: Celebrating 25 Years of Beauty and the Beast,” members are invited to “be our guest” at a complimentary screening of this classic movie, complete with popcorn and beverage, at the legendary El Capitan Theatre in Hollywood, California!