'Beauty and the Beast' Interview Round-Up #3 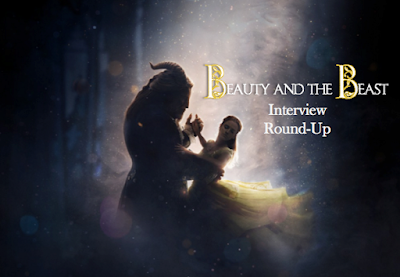 Emma Watson on Proving She Could Sing, Her Favorite Disney Princess, and Other Secrets of 'Beauty and the Beast'


“I had to fight for the role. I had to audition. I had to prove I could sing. I really had to go for it. You can’t have doubts when you’re singing in front of a set of 200 people in one of the biggest musicals of all time.”

“A lot of what I was doing was making sure it kept true to the original and, where I could, making Belle as real as possible. In the animated movie, it’s [Belle’s father] Maurice who’s the kind of crazy, wacky inventor. In the movie, it’s really Belle. She comes up with an idea for a washing machine so that she can read while her creation washes the clothes.”

“It was such a luxury to have Dan there at all. Usually when I’m working with CGI, I’m working with a tennis ball or I’m speaking to an orange dot — or, if I’m really lucky, I’m talking to an LED light. So having a living, breathing human there that I could respond to and I could play off of was wonderful — and, I think, really important for this story.”

Click here to read the full article from Yahoo! Movies.

The X-MEN Character Dan Stevens Wants to See on LEGION


“Beast was performed 10 inches off the ground in a muscle suit on stilts. There was singing and dancing and it was an amazing, epic adventure, that one. The Beast was much more physically challenging, [what with] puppeteering that thing and all the rest."

“It’s also a retelling of a classic fairy tale, which the animated version was as well. There’s a few little twists, and it’s definitely a movie that’s game to play a little bit with our expectations of what we think we’re gonna see. And also in making something three-dimensional from two-dimensional, there are a few moments of added depth that add to the story, and there’s a little playfulness here and there. But it’s made with a huge amount of love and respect for the original, and for the fairy tale, and for the Cocteau version. It’s all in there. A lot of the original music is there, and there’s some new songs that Alan Menken wrote and it’s pretty magical. I’m very excited.”

Beauty and the Beast Inspired From Citizen Kane And Wreck It Ralph, Says Dan Stevens


"In this film, we see him at the debutantes' ball, and something that Bill (director Bill Condon) and I were keen to bring out was this sense of a petulant, spoiled child and the sense of entitlement which led to his downfall. There's this psychological rationale about what makes a beast a beast, so I watched everything from 'Wreck It Ralph' to 'Citizen Kane' to help get me inspired." 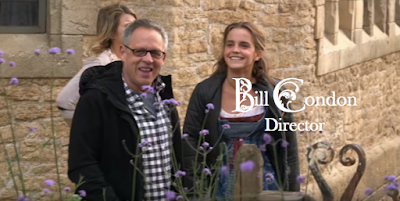 Director Bill Condon had just watched the entirety of Beauty and the Beast in IMAX for the first time, and to say he was impressed is an understatement. I spoke with Condon just after he viewed the live action adaptation of the 1991 animated Disney film on the extra big screen, and he said even though he knows the film and material so well, the IMAX version made him look at it in a different light. “It made me feel like I was back on those massive sets that we built. They were so big, and you just get to see more of them–that was an unbelievable thrill,” he said.

It’s a significant contrast. Condon kept the IMAX format in mind while they worked. The team looked at both aspect ratios as they filmed and planned camera moves accordingly, whether it was framing the ballroom dance between Belle and the Beast a certain way or showcasing more of the performers. Condon explained the larger image is especially excellent for their sets, which were practical. “We went completely old school for the whole movie. We maybe went on location for a day, but basically the movie was made at Shepperton [Studios] the way you would have made it in MGM in Hollywood in the 1950s,” he said, “We built this entire village with massive sets and huge stages that we connected. So, for example, you could go from the dining room of the castle and walk all the way through to the entry way, to the front stairs, and into this massive ballroom. It was really something. I think that does emerge clearly in the IMAX format.”

A couple of scenes jumped out at Condon as being particularly suited for the IMAX format. “The ballroom,” Condon said. “Being able to go in that room and have it always framed by the chandeliers, which are incredibly high in the air, always have them framing the top of the shot just adds more. Our movie is pretty much packed with beauty, but you get to see more of it and the ballroom scene is a great example.”

Many moments from the animated Beauty and the Beast, like the battle on the turrets and the iconic ballroom scene, are featured in the live action version, but this isn’t meant to be a reboot. Condon explained what they were going for: “In general, it wasn’t about reinventing like some of these recent movies have been. It was really about exploring and digging deeper, inevitably, because you’re bringing people into a live action world. My deepest hope is people see the movie and feel that the additional scenes and the additional material is stuff they always wondered about and wished had been there, so they don’t even remember what was in the animated film and what wasn’t. That it all becomes of a piece.”

Read the full interview here.
Posted by StephanieB at 11:02 AM