Emma Watson cast as Belle in 'Beauty & the Beast' 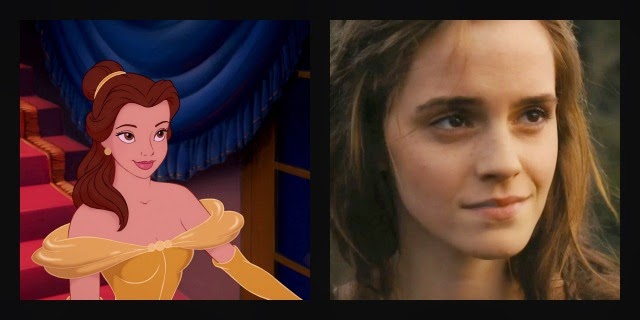 Emma Watson has been attached to Warner Brothers' stalled live-action adaptation of Beauty and the Beast for a number of years, but it appears she will now be donning a yellow gown and enjoying a taste of the grey stuff. Disney announced today that Watson will play Belle in an upcoming live-action adaptation of their 1991 animated classic Beauty and the Beast. The actress also confirmed the news in a message on her Facebook page, which reveals the film will be a musical.

The Disney Times also notes the film's musical status, which will include "at least some of the songs from the animated film." The film is in good hands with director Bill Condon, who helmed the film adaptation of Dreamgirls and received a "Best Adapted Screenplay" Oscar nomination for Chicago. Evan Spiliotopoulos (Tinker Bell and the Lost Treasure) is credited with an earlier version of the script, which has since been re-worked by Steve Chbosky (The Perks of Being a Wallflower).

Production on the film is set to commence later this year. No release date has been set, but The Disney Times notes that the film will be in theaters no earlier than 2016.


Source: The Disney Times, Emma Watson on Facebook
Posted by StephanieB at 7:38 PM