Audra McDonald joins 'Beauty and the Beast' as Garderobe

Beauty and the Beast already boasts a tremendous cast and the upcoming Disney film continues to draw in extraordinary talent. The Hollywood Reporter reports six-time Tony winning actress Audra McDonald will join the cast as Garderobe, the wardrobe in the Beast's enchanted castle. 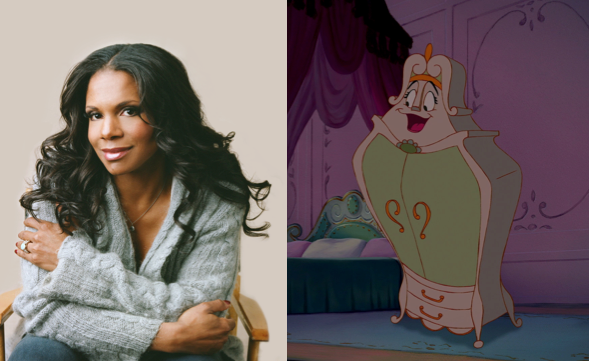 McDonald, who won her sixth Tony for her portrayal of Billie Holliday in Lady Day at Emerson's Bar and Grill, also starred in ABC's Private Practice and as Mother Abbess in NBC's live production of The Sound of Music in 2013. Previously announced cast members include Emma Watson (Belle), Dan Stevens (the Beast), Luke Evans (Gaston), Josh Gad (LeFou), Kevin Kline (Maurice), and Emma Thompson (Mrs. Potts). Beauty and the Beast is set to begin production in May with Bill Condon at the helm and will be in theaters March 17, 2017.

Source: The Hollywood Reporter
Posted by StephanieB at 7:52 PM