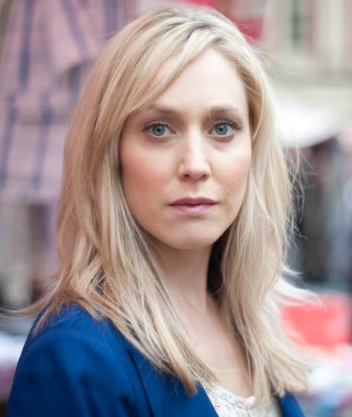 UPDATE: Director Bill Condon confirmed Morahan's role as the Enchantress at the UK premiere of his new film, Mr. Holmes (at the 0:53 mark in the video below).

Ian McKellen's account of the first Beauty and the Beast table read stirred up a lot of emotions as it was the first detailed insight into Disney's live-action adaptation of their beloved animated classic. In addition to producing a few tears, McKellen's piece also contained a bit of a mystery when the actor mentioned Hattie Morahan among the cast. No official announcement was made about the actress' role in the film, but Jack Morrissey confirmed her involvement via Facebook earlier this week.

According to Morrissey, Morahan will play the Enchantress who curses the Beast and the inhabitants of his castle. Morahan previously worked with both McKellen and director Bill Condon on Mr. Holmes and also starred with Dan Stevens (Beast) in the 2008 version of Sense and Sensibility. And if you are keeping count, that makes two Elinor Dashwoods in the cast of Beauty and the Beast. Emma Thompson (Mrs. Potts) also played the character in the 1995 Ang Lee film, for which Thompson won the Academy Award for Adapted Screenplay.

Posted by StephanieB at 2:30 PM