Josh Gad discusses 'Beauty and the Beast' on CBS' 'The Talk'

UPDATE: The episode is now available to view online. Gad's segment begins at the 25:00 mark and he discusses Beauty and the Beast at the 29:00 mark. 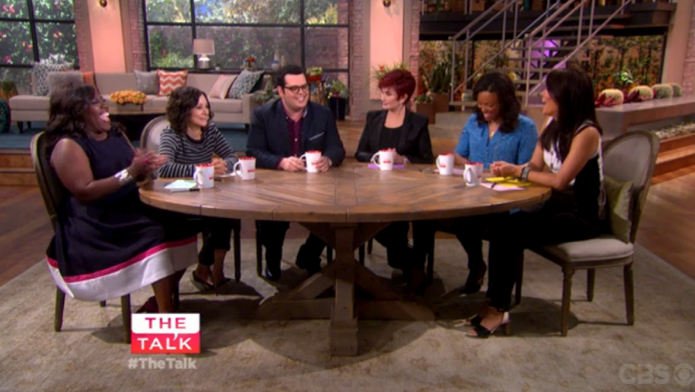 Josh Gad appeared on The Talk earlier this afternoon to promote his new FX series The Comedians, but before talk could turn to the show, Gad briefly discussed Beauty and the Beast. Unfortunately, a video clip is not available at this time, but I have transcribed part of the segment below.


I guess for me, Beauty and the Beast was what Frozen is to a lot of kids today. It’s one of those movies that when it came out, you remember, we were all just “What is this?! This is the craziest movie ever!” And so now, being able to translate that to a live-action format and being able to sing these incredible songs by Howard Ashman and Alan Menken and Tim Rice. It’s a dream come true for the entire cast and myself, so get ready for that. It’s going to be really special.

Gad, who plays Le Fou in the live-action adaptation, also recently spoke with Collider about the film and his previous work will Bill Condon. Beauty and the Beast begins production next month in London and is set for release on March 17, 2017.

Source: The Talk
Posted by StephanieB at 4:21 PM