Audra McDonald discusses her role in 'Beauty and the Beast'

Most of the pre-production Beauty and the Beast chatter has come courtesy of Josh Gad, but Audra McDonald also recently discussed her role in the upcoming film. McDonald, who will play the wardrobe Garderobe in the film, expressed her excitement about the project with The Roanoker, as well as providing a little insight into what we will see from Garderobe in the film.


SH: What was your reaction to being cast in the next Disney live-action film, "Beauty and the Beast," as Garderobe?

AM: Beyond excited! I can't wait to bring the role of the Garderobe to life. The live-action film will share more of her backstory than what was featured in the animated film. 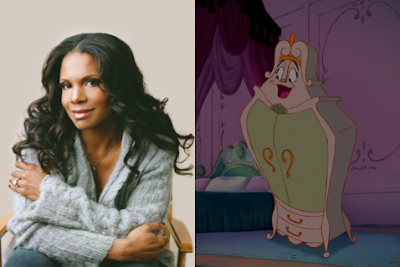 Thank you to La Bella y la Bestia de Disney for sharing this with me on Facebook.

Source: The Roanoker
Posted by StephanieB at 4:11 PM