What a start to the morning! Empire Magazine has debuted a new image of Belle (Emma Watson) and Gaston (Luke Evans) in their provincial town. 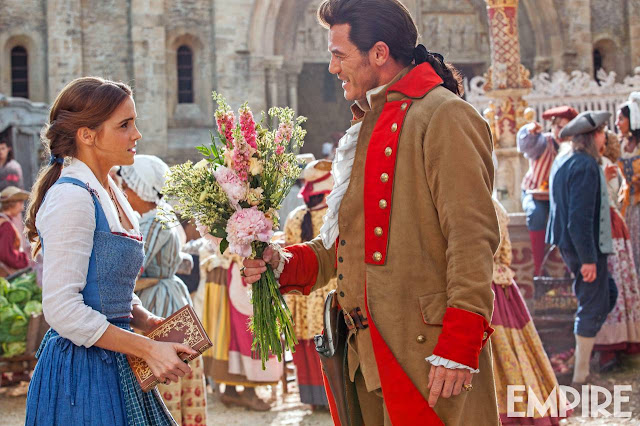 "He gets as dark as any Disney character could possibly get", says Gaston himself, Luke Evans. The character, while still comic relief, is also an ex-soldier – there are, according to Evans, several shades to him. "This is a man who, for the first time in his life, hasn't got what he wanted."

Leading lady Emma Watson, meanwhile, seem to have got everything she wanted, having been a Beauty And The Beast superfan as a nipper. "Belle was one of my idols growing up," she tells us. "I knew every word to the animation. I was born in Paris like Belle. We both love books, obviously. She is someone who doesn't really feel like she fits in, but she finds her place in the world and uses what makes her different. She was just inspiring to me."

We may have already had a small look at this scene, although from a bit of a distance, during the behind the scenes featurette that was included on the 25th anniversary Blu-ray release of Beauty and the Beast.

Source: Empire Magazine
Posted by StephanieB at 9:33 AM