Angela Lansbury discusses the legacy of 'Beauty and the Beast'

In a new interview with Entertainment Weekly, Angela Lansbury, the original voice of Mrs. Potts, discusses the legacy of Beauty and the Beast and her thoughts on the upcoming live-action film. 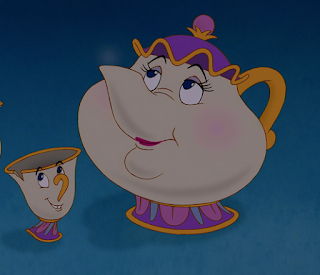 Have you been thinking at all about the legacy of this film, now that it’s been 25 years?

I think we all had a sense that we were involved with a kind of earth-shaking product that was going to be fairly extraordinary and special. I think we all sensed the way it was so lovingly put together by Roy Disney, who was Walt Disney’s brother, and this was his really great contribution to the Disney World. He took such trouble and care with it. It was his baby, and I was so glad it worked. It had all the elements of the original works. And this is the finest that Disney ever made, I think. So I’m very proud to be part of it.

Beauty and the Beast was so memorable for so many children, many of whom are grown-ups now. This was their movie.

Exactly. It is, it was, and it will remain so. Because they don’t make them like that anymore. Ever since Toy Story, I think was the first time when they used a different process, and they were no longer drawing each movement of each character individually, as they did then. They don’t do that anymore. So it’s a very rich, extraordinary piece of work in every respect, from that point of view. It’s a treasure. A legendary treasure as far as cartoon work is concerned.

And the music, too. “Beauty and the Beast,” and all the other songs that Alan Menken and Howard Ashman wrote — working with them must have been a dream.

Oh it was. It was indeed. I’ll never forget when we recorded the music, we were all together in New York, working with the Philharmonic. It was a huge experience for us. Suddenly, instead of a piano accompaniment we had this big orchestra behind us. It was just really thrilling and exciting, and original and wonderful. I’ll never forget it. I can see us all on that day and I was with Jerry Orbach and we just hugged each other. We were so thrilled to be doing it that way, with such care and excitement. Everybody who was a voice [character] felt a very special responsibility and feeling, as I say, doing something that was going to be remembered. And it has been, and it was, and it will always be — all over the world.

You’ve had such an amazing career. Where does this movie sit with you, personally?

It has brought me into the lives of so many young kids, children, babies. They know my voice. And today, I’ve said this before, I can be talking to a friend in a supermarket, and if a kid happens to be around me at the time, some little child who’s with his mom, he’ll say, “Mom, that’s Mrs. Potts!” [laughs]. They recognize the timbre of my voice. And they’ve watched the movie so many times, because kids don’t just watch movies once. They watch them over, and over, and over again, because they can never get enough. When I did Bedknobs and Broomsticks, kids used to watch over and over and over. They know my voice, so… They don’t know me. And they don’t connect me with the voice. But when they see me in the flesh…

When you first heard that they were making a new, live action Beauty and the Beast, what was your reaction?

I was a bit taken aback, naturally. I thought, “Why? Why are we doing this over again?” But I guess, I don’t know why they’re doing it. But they are, and it will be interesting to see what they do with it. These are live action pieces and I know very well the actress who’s playing Mrs. Potts and she’s a very good friend of mine. It’s Emma Thompson.

Is it strange, just the idea in general, that someone else will be playing Mrs. Potts, or Lumiere or Belle?

Oh, absolutely. I don’t quite know why they’re doing it. I can’t understand what they’re going to do with it that will be better than what we’ve already done. And how they’re doing it live — it may turn out to be very entertaining and wonderful. It won’t be like the cartoon that we did, but it’s a good story — it’s one of the famous fairy stories that is known worldwide by children. Therefore, why not? I don’t blame them for doing it. But, I’m sorry, they’re not really on our territory. We did it as cartoon characters, and that is quite different from live actors.

The original Beauty and the Beast and Little Mermaid really broke the mold and paved the way for all the animated movie musicals that came after. It’s really such an incredible legacy.

Yes, that is lovely. To be connected with something that is so memorable and was made with such quality. I mean, it really, really was — I think it was a complete “one-off,” as we say, and it will never be bettered using that style of presentation. Those drawings, those cartoon drawings were so perfect and so lovely. Each character was lovingly represented by the artists who drew us. We were drawn by men and women and we weren’t in any way copying something else. This was all original work. And for that reason, it will never be seen again. It was seen prior, because all the movies, the Silly Symphonies Disney made when I was a little girl, they were all done the same way. It was all hand drawn. There was nothing mechanical about it. When cartoon drawing became mechanical, it lost its humanity, I think. That’s where we will always be years ahead of everything else. And will remain so.