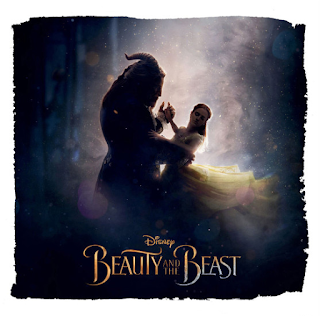 It was a bit of a mystery when the official Beauty and the Beast Instagram page posted a photo of Ariana Grande last night with no caption. Fans drew their own conclusions about Grande and John Legend, who was tagged in the photo, collaborating on the pop version of the film's title song and their suspicions were confirmed with an official announcement this evening.

Deadline reports Grande and Legend will indeed perform "Beauty and the Beast" on the film's soundtrack and over the final credits. An official music video directed by Dave Meyers is also on the horizon before the film's release.

The song reunites producer Ron Fair and director of Disney's Music & Soundtrack Mitchell Leib, who also spoke with Deadline about the song.


“Ron was the first and only choice to make this particular record,” Leib said in a press statement. “No one is a better vocal producer and he also has a great understanding of the filmmaking dynamic.”

“Stepping into the shoes of an Oscar and Grammy award-winning classic is not small potatoes,” said Fair. “But with today’s two greatest plutonium singers – John Legend and Ariana Grande – we are bringing the song back with a new school-old school fresh treatment that shows the soulfulness and power of what a great melody and lyric can inspire.”

The Beauty and the Beast soundtrack is set for release on March 10, 2017. Pre-orders are now available from Amazon, Barnes & Noble, and Disney Music Emporium.