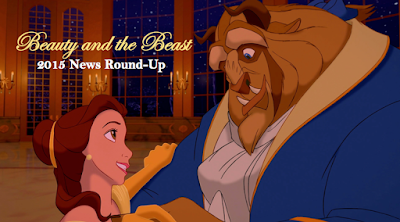 With the end of 2015 upon us, it is time to look back on the most exciting Beauty and the Beast news from the past twelve months. From casting announcements to behind the scenes photos and interviews with the cast, this was an exciting year to be a fan of Disney's beloved tale.

Beauty and the Beast Casting News
After director Bill Condon became attached to the film last summer, it was only a matter of time until the cast would begin to take shape. The first casting announcement came in January when it was revealed Emma Watson would be taking on the role of Belle. Additional casting announcements followed in March and April with Luke Evans, Dan Stevens, Josh Gad, Emma Thompson, Kevin Kline, Ian McKellen, Ewan McGregor and more joining the cast. 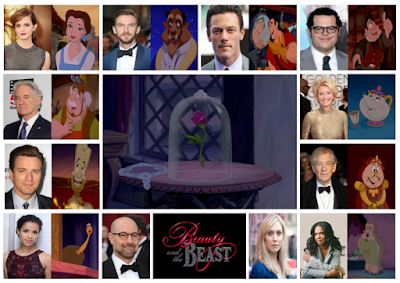 Emma Watson cast as Belle in 'Beauty & the Beast'

Dan Stevens joins 'Beauty and the Beast' in titular role

Audra McDonald joins 'Beauty and the Beast' as Garderobe

Ian McKellen joins 'Beauty and the Beast' as Cogsworth

Gugu Mbatha-Raw joins 'Beauty and the Beast' as Plumette

Ewan McGregor joins 'Beauty and the Beast' as Lumiere

Beauty and the Beast Release Date Announced
Along with numerous casting announcements, March was also the month Disney revealed the film's March 2017 release date. Disney has seen previous success with releasing live-action fairy tales during the month of March, with Alice in Wonderland grossing over $1 billion worldwide and Cinderella opening at #1 earlier this year with $67.8 million. Beauty and the Beast is set for release on March 17, 2017.

First Photo of the Beauty and the Beast Cast
It's one thing to read a casting announcement, but it is something else entirely to see one of your most anticipated films begin to take shape. That is exactly what happened when Josh Gad (Le Fou) shared the first photo of the cast of Beauty and the Beast. The photo, which has now received over 30,500 likes on Instagram, was taken at the films first table read in London and, along with Gad, includes Emma Watson (Belle), Dan Stevens (Beast), Luke Evans (Gaston), and Kevin Kline (Maurice).


Beauty and the Beast's First Table Read in London
Oh, Ian. You sure know how to make a girl cry. After the giddiness of seeing Josh Gad's first photo of the cast, Ian McKellen went straight for the heart with his account of the film's first table read in London. McKellen, who plays Cogsworth in the film, wrote about reuniting with previous co-stars Hattie Morahan and Luke Evans and a thirty piece choir breathing life into the classic songs of Howard Ashman and Alan Menken, but he saved the best for last.


But my favourite moment, because it made me weepy, was when the Beast’s loving arm was placed tentatively on Belle’s shoulder after their pas de deux.Clearly dancing and singing rehearsals had started before today.

My own are to come. I’m going to have to work hard to equal what has already been achieved. All the long way home, I hummed “Be my Guest”, in which I shall get to sing a line or two. Aren’t I the lucky one?

Production Begins in London
Back in early March as casting announcements were still rolling out, producer Todd Lieberman reveled production would begin on the film in May. In the same interview, Lieberman confirmed they were taking a "classic" approach to the material, as well as bringing in new elements and characters, as evident from Stanley Tucci's new character Cadenza. Cameras began rolling in mid-May and the film continued production into August.

'Beauty and the Beast' to begin production in May

Production begins on 'Beauty and the Beast' in London

Snapchat Photos from the Set of Beauty and the Beast
I had never heard of Snapchat until this past May, but for twelve weeks Disney had me checking the app numerous times a day for the latest look behind the scenes of the film. Most provided only small and seemingly inconsequential sneak peeks of the set, but the bar was raised in the final weeks when fans were treated to two on set videos from Josh Gad and Luke Evans, as well as a few photos of the Beast's castle.

Snapchat was not the only place for behind the scenes photos, as star Luke Evans also shared a few photos from the recording studio.

Snapchat takes fans behind the scenes of 'Beauty and the Beast'

Josh Gad: "I'm excited for people to see what they're dreaming up right now because it is unbelievable."

Bill Condon: "It’s an important movie to a lot of people."

Ewan McGregor: "It was great fun."

Bill Condon: "You will believe a beast can waltz."

Take a look back at all the 2015 interviews here.

Alan Menken Reveals New Music for Beauty and the Beast
It was revealed early on that the live-action version of Beauty and the Beast would follow in the animated film's musical footsteps, but which songs would make it into the film was never a sure thing. Fans were also curious if songs from the Broadway show would make it into the film and composer Alan Menken answered all our questions and more during an event at the Lincoln Center this past June. During the event, Menken revealed the songs from the animated film all made it into the film, as well as a few new songs written by him and lyricist Tim Rice ("Forever More" and "Days in the Sun"). As exciting as the prospect of new songs was, there was also a bit of disappointment when Menken confirmed no songs from the Broadway show were featured in the film. Many fans had hoped to hear "Home" and "If I Can't Love Her," but Menken likened "Forever More," which will be sung by the Beast, to the latter.

Alan Menken discusses new music for 'Beauty and the Beast'

Beauty and the Beast Footage Premieres at D23
There was no official announcement that Beauty and the Beast would make an appearance at this year's D23 Expo, but as the weekend drew closer, it was becoming a safe bet that the film would have some kind of presence. Sure enough, footage of Emma Watson as Belle was first seen during the convention's opening montage and a sizzle reel was shown during the live-action panel. D23 attendees remain the only people who have publicly seen footage of the film, including Belle in her yellow ballgown and a tavern scene with Gaston. For those not at D23, a video message of Emma Watson from the set, which also included the film's logo, will have to suffice for now. 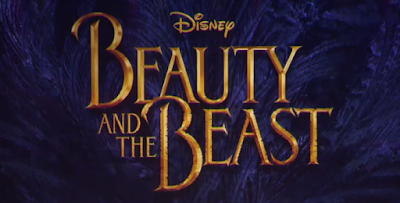 The Cast Bids Farewell to Beauty and the Beast
After four months of shooting, production on Beauty and the Beast wrapped in late August. Josh Gad's final day on set took place a few weeks before in July and was commemorated with a new behind the scenes photo of Gad and co-star Luke Evans. Emma Watson and Luke Evans followed in August, with Watson wrapping on the same day she began filming the Harry Potter series fifteen years ago.


Josh Gad wraps filming on 'Beauty and the Beast'

Production wraps on 'Beauty and the Beast'

And there you have it! With production complete and the film a little more than a year away, the new year is sure to bring our first official look at the film and at least one trailer. Here's to a great 2015 and an even better 2016!